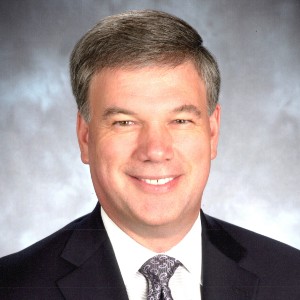 Annually, the SS. Isidore and Maria Parish Faith Formation Office confers a Distinguished Service Award on one of our parish’s catechists. This recognizes the service of catechists who have demonstrated an outstanding commitment to their ministry over a significant period of time. Recipients have devoted personal attention to each young person they have worked with, shown a consistent fidelity to the teachings of our Church, and been a role models of discipleship and self-giving.

We are pleased to announce that Mr. James Bedard has been named as this year’s recipient of our Distinguished Service Award. Jim has served as a catechist to various grade levels over nearly twenty years, most recently in our Confirmation Program. A native of Enfield, Jim is a graduate of Western New England University (BA, MBA) and presently a CFO at United Healthcare. He grew up with many strong Catholic role models. Nuns were his own catechists in the faith during his period of Catholic schooling, and Sister Sheila at St. Joseph’s Catholic School in Enfield stood out as a mentor. She and others influenced Jim’s desire to become a catechist to his own children — Matthew, Michelle and Steven — and he found he enjoyed sharing his faith so much that he has continued in the ministry long after his children were confirmed. Jim is a believer in applying his faith practically in everyday life at home, church, work, and in the community. He has become a strong role model to others and continually seeks to grow in his faith.

Especially in these times of social distancing and online catechesis, it is valuable to keep in mind the vital work all our catechists continue to do. Thank you, Jim, for offering all of us such a vivid example of the catechetical ministry, and thank you for all the work you have done and continue to do with our young people.

May 15: Feast Day of St. Isidore the Farmer

“In March 1622, five great saints were canonized together. They included St. Ignatius of Loyola, St. Francis Xavier, St. Teresa of Avila and St. Philip Neri. The fifth, St. Isidore, stood apart. He founded no order; he accomplished no great deeds (apart from tilling the land). He was, in fact, a simple farm worker, born […]

Congratulations to the nine parishioners of SS. Isidore and Maria who were recently commissioned as Extraordinary Ministers of Holy Communion: Kelly Collazo Bill Curley Marcel Jeanson Kevin Paskale Tricia Quinn Christine Savidge Cathy Silas Paul Silas Tod Umbach In addition to assisting with the distribution of Holy Communion at Masses, these individuals will be bringing […]

Pray the Rosary Each Tuesday at 7 p.m.

SS. Isidore and Maria Parish welcomes all to pray the Rosary with us each Tuesday at 7 p.m. at St. Augustine Church, 55 Hopewell Ave., South Glastonbury. The repetition in the Rosary is meant to lead one into restful and contemplative prayer related to each Mystery. The gentle repetition of the words helps us to […]