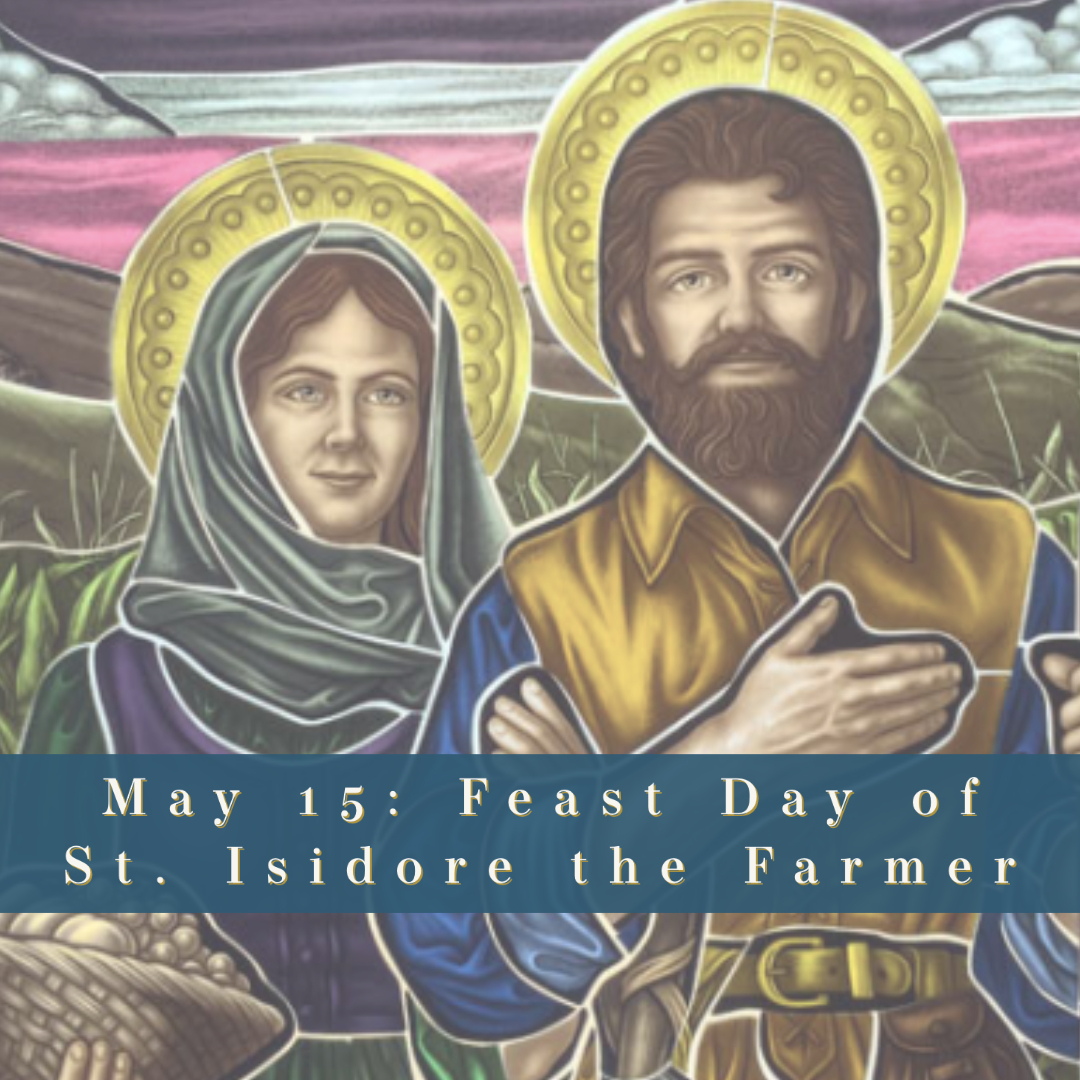 “In March 1622, five great saints were canonized together. They included St. Ignatius of Loyola, St. Francis Xavier, St. Teresa of Avila and St. Philip Neri. The fifth, St. Isidore, stood apart. He founded no order; he accomplished no great deeds (apart from tilling the land).

He was, in fact, a simple farm worker, born in Madrid, who spent his entire working life in the service of the same wealthy landowner. With his good wife, Maria, he bore one son, who died in childhood. He knew the hardships, the toil, and sorrows of all farmworkers then and since. And he displayed the simple though profound faith so common to campesinos the world over. He attended Mass daily and prayed continuously as he worker the fields. In Isidore’s case, however, his faith was attended by visible signs and wonders. It is reported, for example, that angels were seen assisting him as he plowed.

Isidore was famous for his generosity toward those even poorer than himself. His table was always open to the indigent, while he lived on the scraps left over. His kindness extended to animals. One winter day he was so moved by the sorrowful noise of some hungry birds that he opened the sack of corn he was carrying and poured out half its contents. Though witnesses scoffed at his prodigality, later, at the mill, the bag was found miraculously to be full.

from Give Us This Day: Daily Prayer for Today’s Catholic

Congratulations to the nine parishioners of SS. Isidore and Maria who were recently commissioned as Extraordinary Ministers of Holy Communion: Kelly Collazo Bill Curley Marcel Jeanson Kevin Paskale Tricia Quinn Christine Savidge Cathy Silas Paul Silas Tod Umbach In addition to assisting with the distribution of Holy Communion at Masses, these individuals will be bringing […]

Pray the Rosary Each Tuesday at 7 p.m.

SS. Isidore and Maria Parish welcomes all to pray the Rosary with us each Tuesday at 7 p.m. at St. Augustine Church, 55 Hopewell Ave., South Glastonbury. The repetition in the Rosary is meant to lead one into restful and contemplative prayer related to each Mystery. The gentle repetition of the words helps us to […]

Glastonbury Girl Scout Troop #10830 didn’t have to look far to find an organization that could benefit from its first post-pandemic community service project. They partnered with the SS. Isidore and Maria Parish ImmaCare Ministry to make “blessing bags” for ImmaCare clients. “The blessing bags are designed to be distributed to individuals currently experiencing homelessness,” […]