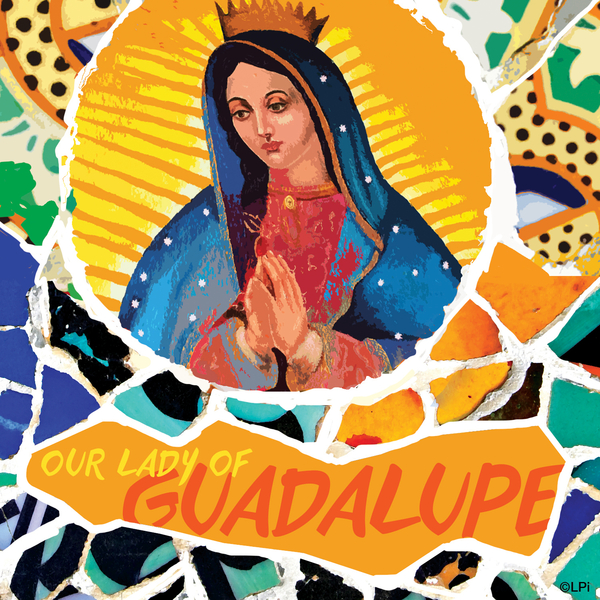 Dec. 12 is the feast day of Our Lady of Guadalupe, also called the Virgin of Guadalupe. This is a Catholic title for Mary, the mother of Jesus. The title is associated with five Marian apparitions in the 16th century.

According to tradition, Mary appeared to Juan Diego, an Aztec convert to Christianity, on December 9 and again on December 12, 1531. During her first apparition, she requested that a shrine to her be built on the spot where she appeared, Tepeyac Hill (now in a suburb of Mexico City).

Based on her words, Juan Diego then visited the Archbishop of Mexico City to tell him what had happened. Not unexpectedly, the Archbishop did not believe Diego. Later the same day, Juan Diego again saw the young woman, and she asked him to continue insisting.

The following Juan Diego spoke to the Archbishop a second time. The latter instructed him to return to Tepeyac Hill and to ask the woman for a truly acceptable, miraculous sign to prove her identity. Later that day, the third apparition appeared when Juan Diego returned to Tepeyac. Encountering the same woman, he reported to her the Archbishop’s request for a sign, which she consented to provide the following day (Dec. 11), However, it was on that day that Juan Diego’s uncle, Juan Bernardino, became ill, which obligated Juan Diego to attend to him. In the early hours of Tuesday, December 12, with his uncle’s condition deteriorating, Juan Diego journeyed to get a Catholic priest to hear the uncle’s deathbed confession.

To avoid being delayed by the Virgin and ashamed of failing to meet her as agreed, Juan Diego chose another route around Tepeyac Hill. Yet, the Virgin intercepted him and asked where he was going. Juan Diego explained what had happened, and the Virgin gently chided him for not having made recourse to her. In the words which have become the most famous phrase of the Guadalupe apparitions and are inscribed above the main entrance to the Basilica of Guadalupe, she asked, “¿No estoy yo aquí que soy tu madre?” (“Am I not here, I who am your mother?”). She assured him that his uncle had recovered and told him to gather flowers from the summit of Tepeyac Hill, which was normally barren, especially in the cold of December. Juan Diego obeyed her instruction and found a miracle on the hill’s summit: Castilian roses – not native to Mexico – in full bloom. Juan Diego collected the roses in his tilma (Spanish for cloak).

In another audience with the archbishop, Juan Diego opened his cloak, allowing the roses to the floor and revealing the image of Mary imprinted on the inside of the tilma—the image now venerated in the Basilica of Guadalupe in Mexico City.

The next day, December 13, Juan Diego found his uncle fully recovered, as the Virgin had assured him. Juan Bernardino also said he had seen her after praying at his bedside. At that time, she instructed him to inform the Archbishop of this apparition and of his miraculous cure and that she had told him she desired to be known under the title of ‘Guadalupe’.

Our Lady of Guadalupe did not appear again, for her mission was complete. The temple was built and remains in a suburb of Mexico City. Juan Diego’s tilma, woven from cactus fibers, with a shelf-life of just 30 years at best, remains miraculously preserved.

Jan. 22: A Book Discussion on “Now Do You Believe? Living The Gospel in Everyday Life”

Join us on Sun., Jan. 22 at 2 p.m. at St. Augustine Church as we host a book discussion centering on “Now Do You Believe? Living the Gospel in Everyday […]

November 2 is the Feast of All Souls. This is traditionally a time to remember our loved ones and all souls who have departed this life. This prayer time helps […]

May 15: Feast Day of St. Isidore the Farmer